Running May Be Good For Your Knees

Disclaimer: I am an avid runner and I admit to cherry-picking scientific research to advance the argument that running is AWESOME :).

I recently read a really interesting article by Gretchen Reynolds that shared new research findings regarding the benefits of running.  I have summarized the article below: 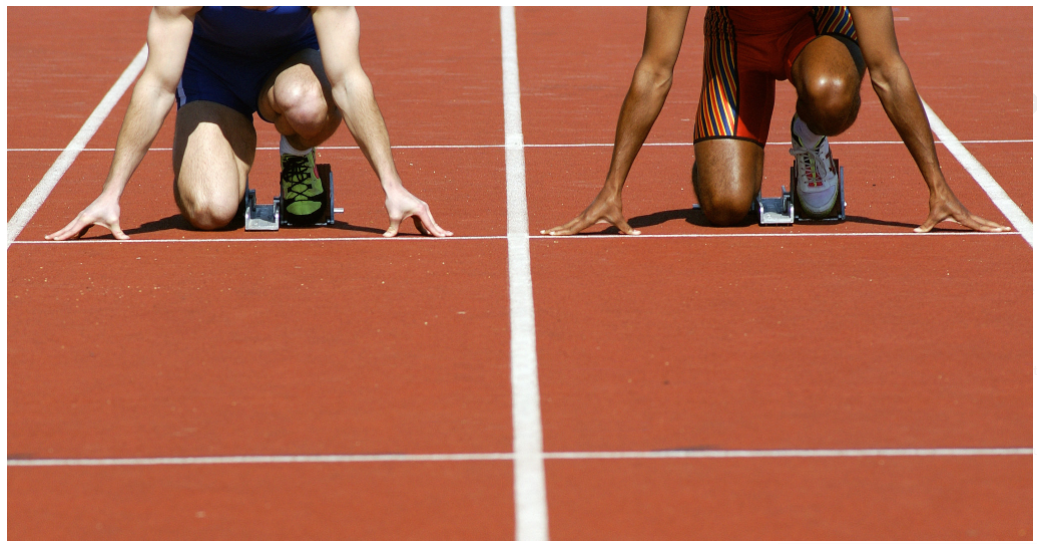 I have a lot of patients who come to me with the worry that running ruins knees and is dangerous.  They question whether they should continue down the destructive path or transition to something lower impact and safer like the elliptical trainer.

I am happy to report that a new study finds that running may actually benefit the knee, improving the biochemical environment inside the knee to keep things working (running :)) smoothly.

A popular argument is that running is dangerous to knees: the cumulative effects of impact on the knee from running inevitably results in slow wear and tear of the cartilage cushion of the knee, resulting in damage to the joint resulting in arthritis.

Thankfully, there is little evidence to support this argument and a growing body of evidence argues the contrary: epidemiological studies of long-term runners show that they are less likely to develop knee osteoarthritis than people who don't run.

Scientists posit that running may protect the knee because running is associated with relatively low body mass and carrying less body mass is known to reduce the risk of knee osteoarthritis.  Some researchers question whether running may have a more directly positive impact on knee joints, perhaps by impacting the workings of various cells within the knee.

Researchers at Brigham Young University sought to find out the answer by recruiting 15 female and male runners under 30 years old without a history of knee injury or arthritis.  The goal was to study people with healthy knees in order to better isolate running's impact on otherwise normal joints.   The volunteers had blood drawn from an arm and then had a small amount of fluid (termed "synovial fluid") removed from their right knee.  This fluid is a naturally-occurring fluid within joints that reduces friction through lubrication.  Healthy knees contain only a small amount but arthritic or otherwise unhealthy knees contain much greater quantities of synovial fluid.

Next, the volunteers were transported via wheelchair to the university biomechanics lab where they either sat quietly for 30 minutes or ran on a treadmill at their preferred running speed for 30 minutes.  Following their respective 30 minutes of sitting or running, they were again wheeled to the clinic where blood and synovial fluid draws were again performed.  Each volunteer completed both a sitting and a running session on separate days.

The researchers looked for changes in the levels of several types of cells that are known to either increase or diminish the amount of inflammation within the knee.  They also looked for changes in the level of a substance known as cartilage oligomeric matrix protein (COMP) which is often used as a marker of incipient or worsening arthritis.  Compared to healthy knees, knees with arthritis can have about five times as much COMP in their synovial fluid.

Unfortunately, it turned out to be technically difficult to safely extract much synovial fluid from these healthy knees and the scientists wound up with complete numbers in only six out of the thirty runners.

But that being said, the data were interesting and consistent.  In nearly every case, the runners' knee showed substantially lower levels of two types of cells that contribute to synovial inflammation, compared to their baseline levels.  The runners showed a shift in their COMP: they had more of the substance in their blood and less in their synovial fluid.   It seemed that running had squeezed the inflammatory substance out of their knee and instead into the blood.

Meanwhile, sitting resulted in slightly increased levels of COMP inside the knee and also raised the concentration of one of the inflammatory molecules.

Overall, these findings indicate that a single 30-minute session of running changes the interior environment of the knee, reducing inflammation and diminishing the level of a marker of arthritis.

An unexpected finding of the study is that sitting for 3o minutes also changes the interior environment of the knee, a finding that the authors of the study had not expected.  Sitting seems to make the knee more biochemically vulnerable to later disease.

The lead author, Dr. Robert Hyldahl, professor of exercise science at BYU, notes that this study is very small and short-term.  He would prefer to repeat it on a much larger scale "once we figure out how to get more synovial fluid" safely from healthy knees.

Dr. Hyldahl and his colleagues also hope to study longer running distances and various paces to see how these variables affect change within the knee.  They also hope to recruit older and injured runners whose knees might have begun to respond fundamentally differently to the act of running than the joints of healthy people in their 20s.

Despite the limitations of the study, the lead author notes that the findings argue that moderate amounts of running are not likely to harm healthy knees and likely offer protection against joint damage.